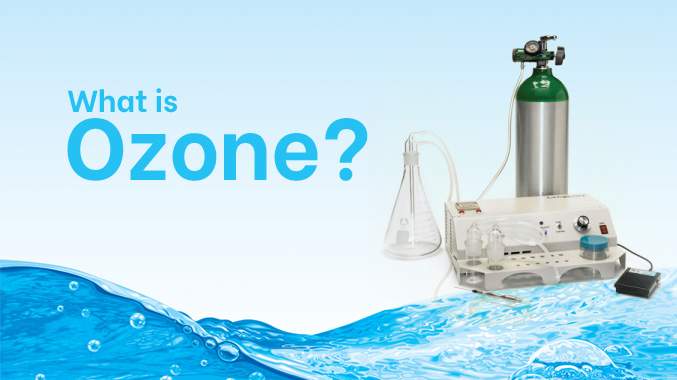 Ozone is a very strong antimicrobial agent. It is effective against bacteria, viruses, fungi, and parasites, and can be utilized in many restorative procedures, endodontics, periodontics, and oralsurgery, to name a few.

Ozone shows its antimicrobial effect by creating cell membrane damage. It reacts with the double bonds of the hydrocarbons in the cell membrane and causes modification of the cell content. Ozone is also highly effective against antibiotic-resistant species. The ozone action mechanism in viral infections is inhibiting infected cell peroxide sensitivity and the synthesis of viral proteins by altering the activity of the reverse transcriptase enzyme.

Ozone affects cellular and humoral immunity by stimulating the proliferation and immunoglobulin synthesis in immune cells, accelerating the sensitivity of macrophage phagocytosis, and activating other macrophage functions. This activation results in the production of specific molecules called cytokines. This suggests that ozone administration at low doses is beneficial to people with an impaired immune system. Ozone also promotes the synthesis of biologically active molecules such as interleukins, leukotrienes, and prostaglandins, thereby helping to reduce inflammation and improve wound healing.

Ozone increases the partial oxygen pressure in the tissues and increases the oxygen transport in the body causing changes in cell metabolism, which increases the use of oxygenated respiration and therefore energy sources (glycolysis, cycling of the Krebs, β-oxidation of fatty acids). It also prevents the red blood cells from collapsing and increases the contact surface of erythrocytes for oxygen transport. It activates the Krebs cycle, which stimulates adenosine triphosphate (ATP) production, and causes a significant reduction in nicotinamide adenine dinucleotide (NADH), leading to oxidation of cytochrome C. Ozone therapy stimulates production of enzymes such as glutathione peroxidase, catalase, and superoxide dismutase which act as free radical scavengers.

It promotes intracellular protein synthesis by stimulating mitochondria and ribosomes. Ozone also causes dilation in arterioles and venules by stimulating the release of vasodilators such as nitric oxide.

Ozone use in dentistry can be possible via ozone gas, ozonated water, or bubbled through ozonized oliveor sunflower oil.  Here are just some of the treatment modalities of dental ozone: